We’re here alive, yippee!! The journey was fine and we slept a lot if the journey from Paris to Buenos Aires! 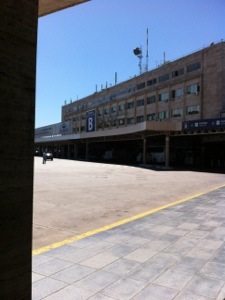 So, as the night has drawn to a close, I feel that I am ready to provide news of the day so far….

The flights were pretty uneventful. The first from London to Paris with Air France was over very quickly. We arrived and were ushered with a group of other passengers towards our connecting flight and were one of the last ones on. Sara had checked-in online prior to the flights so we had managed to get seats that we feel best suited our personality; just 2 seats together, right at the back. I think that I have made Sara as miserable and unsocial as I am! The poor girl!

I managed to sleep most of the journey to Argentina. Having eaten so much at the airport I felt little desire to eat on the plane, and Sara ate the airline food that was otherwise destined for my stomach!! This is what I missed, I am still pining now if you listen very closely you can hear me whimper….. 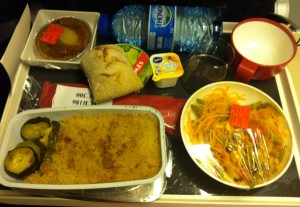 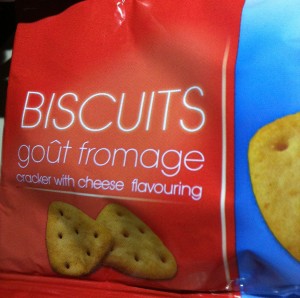 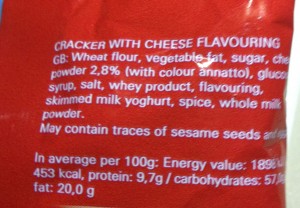 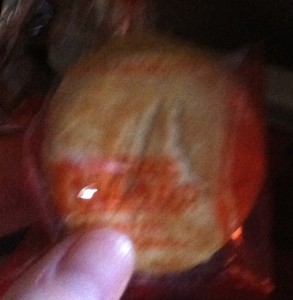 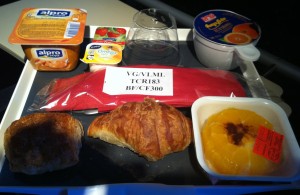 Sara, being the brave and noble soldier, ate my dinner and hers, and at the pastry component for both breakfasts and most of the other things on one of the servings.

In the meantime my food (salads) had been at a lukewarm temperature, and when I tried to open the containers, they smelt of that unmistakable smell of vegetables that have been left out for a while, and basically reminds me of farts, but that could be due to the fact that my farts are based on eating the very same stuff!! There could be a correlation, but please let me get there in my own time.

One of the biggest shocks for us was the fact that the Air France flight from Paris to Argentina involved a blanket spray of all the people seated and the surrounding area, inside the cabin, with an insecticide spray. This led to a few people becoming a little upset (me and Sara amongst them), as there was no mention that I was able to see, and no information was provided by Air France prior to this, and little afterwards!! I have since done some research and found this disturbing article: http://www.csn-deutschland.de/blog/en/airline-pays-passenger-e50000-because-of-pesticide-on-board/. This article is eye opening, for as I say, we were not consulted in advance to this, and it appears that this has caused problems previously.

We had another issue at the airport. Sara when to change money at the airport at Buenos Airport Which was good and kindly of her to do that!! We examined the notes and went in search of the bus to take us into town.

It was at this point that we discovered that the shuttle bus, which was the local bus (number 8), could only be paid for with coins and not notes. A problem for us and we had some big issues in trying to obtain coin currency as the lines at the bank were huge and not moving!

Instead, we opted for a Radio Taxi from the airport that cost us almost 20 times the price that the shuttle bus did. You can do that math – Shuttle bus 11 pesos for the two of us, and the taxi cost 198 pesos! Hmmm….

The arrangement to meet our new landlady went well, and we have decided to rent the property for 1 month initially. I am thinking to maybe look for somewhere else midway into the month, and Palermo does seem to be calling at this early stage, but we will see.

We did a slight exploration into town, just because we could. Our rental is on a long street called Peru and this leads north into a street called Florida, and this was a little hazardous as they are digging up the roads like frenzied beasts. Photos to follow! 🙂

With exhaustion kicking in, we are going to to sleep. The apartment which was quiet during the day, appears to be getting a little more noisy in the evening, children shouting and a woman singing Amy Winehouse and James Bond cover tracks. We will take advantage of the momentary lull in the noise and get to sleep. Nighty night all!