Due to the fact that sometimes my body and mind like to battle each other for dominion, this morning my body wanted to sleep, but my mind was having none of it! From 4am until 6am, I was laying, trying to convince my mind that sleep was a godo idea. This does lead me to the idea that the mind may not be a single personality, as if my mind did not want to sleep then what was arguing with it? Anyhow… Today was definitely a work day! Things had calmed down over the festive period and we had started to consider out new marketing approach to drum up business! However, the last few days have been a little flurry of emails of potential clients and Sara has been busy working through those as she is much better than I at not putting people off, my sense of humour can be a little distracting at the best of times, and yes I do call it humour even if it does come out as something more like an insult! 🙂 The landlady arrived with a young man to fix the refrigerator, alas I feel it is too late for the remnants of my farty salads!! The will have to be buried deep in the bowels of the earth where they can do no harm to human kind, at least not for a few generations, and then technically that is somebody else’s problem!! I began to feel a little stir crazy after about 12 hours of work today and left Sara for about 45 minutes, in which time I went for a little stroll, which ended up with me going to a place called Puerto Madero, as I am looking for a new gym. The place I went to look at was called Megatlon, and it is a chain of gyms here in Buenos Aires. The one in Puerto Madero is pretty small, and the machines while new, looked pretty old fashioned in comparison to the ones I have been using in the UK. Fortunately, I am not a gym snob, well I do not think so, despite the fact that I prefer showers to be personal cubicles with doors, rather than a pit in which you are hosed down with other inmates!! I had a few laughs with one of the guys there that spoke English pretty well! The girl that had been giving me the information explained that the gym membership for 3 months would cost about 1900 pesos, and there is a 200 peso membership charge and this covers the necessary medical with a doctor. I asked about this, and it is basically an ECG to ensure that one has a regular heart rhythm, which could be interesting in my case. Anyhow, I walked away laughing at the fun banter. On the way back I took some photos: 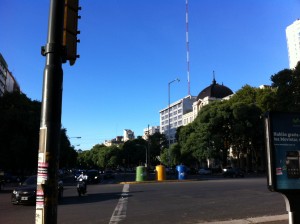 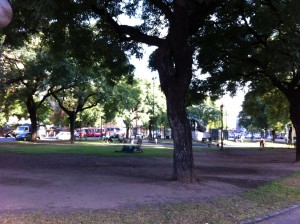 I find myself constantly treading on the uneven pavement and all sorts of materials. See if you can spot why! There is a free bottle of invisible, weight-less wine glasses for the lucky winner that supplies the correct answer! 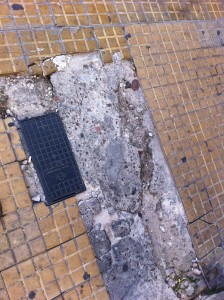 The Pavement is Missing 1 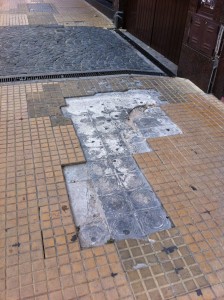 The Pavement is Missing 2 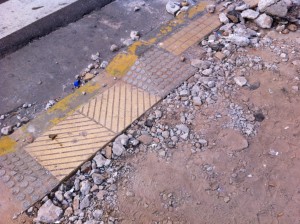 The Pavement is Missing 3 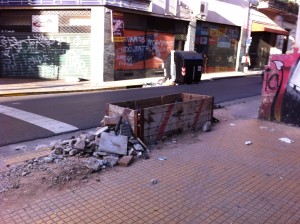 Leaving Crap Wherever It Falls 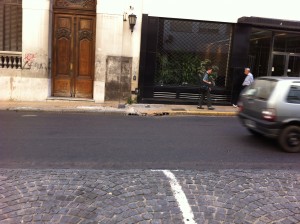 Road Drainage Pipes in the Curb 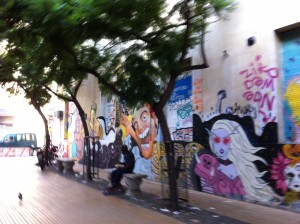 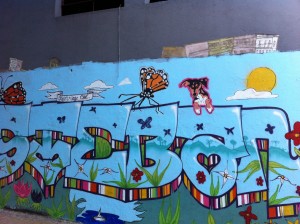 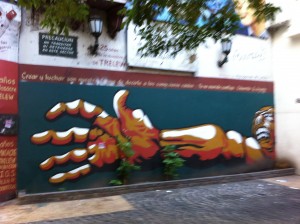 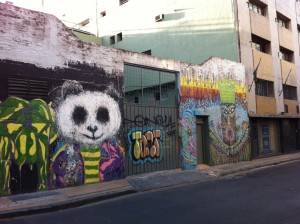 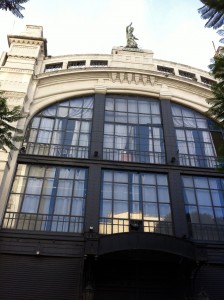 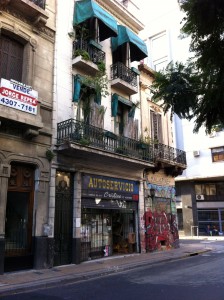 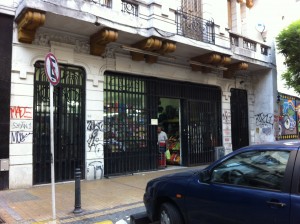 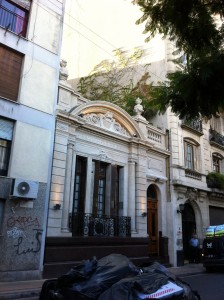 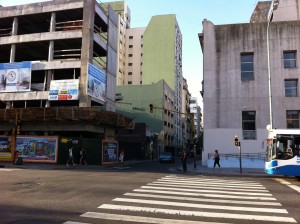 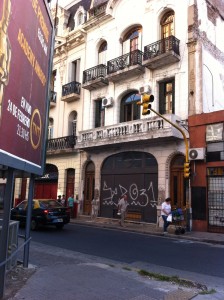 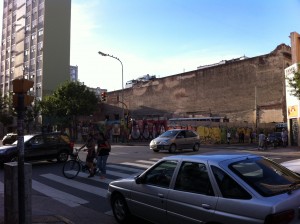 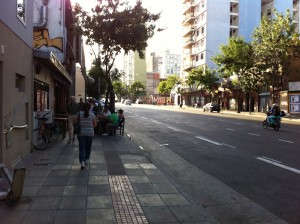 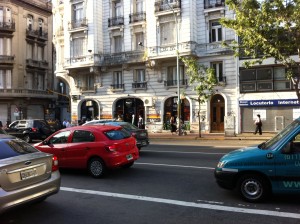 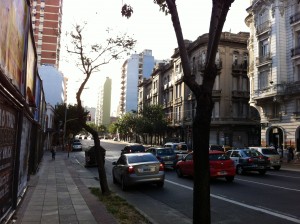 Having returned from my gym excursion, Sara and I decided to try out an organic vegan restaurant on the other side of town, and as we had been locked up all day, I really wanted to walk, and was really pleased that Sara agreed. The walk looked to be about 90 minutes long. We set out, checking in on-route with a health food store that I had heard mentioned (see the last image below: 100% Natural – health food store). 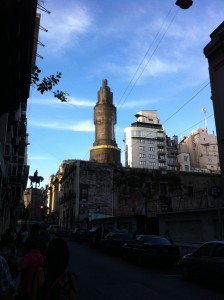 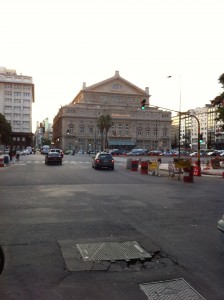 A Big Lump of Bricks Arranged In A Nice Way 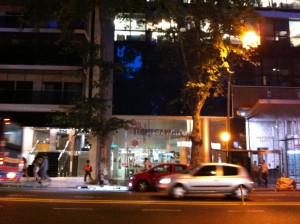 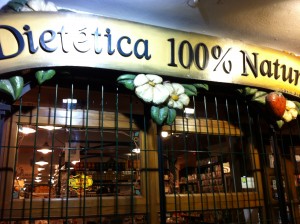 Finally after what turned out to be nearly 2 hour of walking, and at no shabby a pace, we arrived at the restaurant. You’ll be amazed to hear, that it was closed!! No idea why and no reason could be seen!! 🙁 So another night without proper food. I ended up eating about 5 raw food bars from the UK. This can be added to the gazillions that have been sustaining me since yesterday. Sara was very hungry so we stopped at a restaurant on the way home and she grabbed a small plain pizza! We sat and she ate it, it was the least I could do after making her walk for 2 hours. We did get the subway back, which proved to be a very quick and comfortable ride.

4 thoughts on “Our First Proper Day”